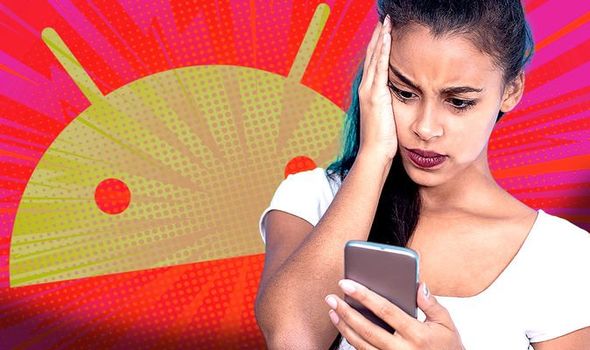 Google has confirmed that thousands of older Android handsets will be blocked from its app tomorrow September 27 2021.This article contains affiliate links, we may receive a commission on any sales we generate from it. Learn more

If you're still carrying around an older smartphone – running a very old version of Android – unfortunately, it's probably time to upgrade. That's because Google will block all users from signing-in with their Google Account on these ageing devices from tomorrow, September 27. This change is set to cause a slew of popular apps, from Google Maps to YouTube, to immediately stop working. WhatsApp won't be impacted by the change since it abandoned the ageing version of Android last year.

So who needs to worry about these essential smartphone apps breaking tomorrow morning? Well, anyone with a smartphone powered by Android 2.3 will be impacted by the change, Google has confirmed. The mobile operating system, launched under the "Gingerbread" brand back when Google used to use dessert names for each major iteration of Android, was first introduced back in December 2010. Google says it's now withdrawing support for the platform "as part of our going efforts to keep our users safe".

In February 2017, the Mountain View-based company suspended all Google Pay contactless payments from working on any handsets running Android 2.3. And now, starting from September 27, Google is taking things one step further by confirming plans to block all users from signing into these gadgets with a Google Account.

From tomorrow morning, users who try to login to their Android device will receive a username and password error – even though the details they have entered will be correct. Trying to add a Google Calendar or Gmail account to the settings menu of the device will also trigger the same error. A number of other popular Google-made apps that rely on the Google Account, including YouTube, Google Play Store, Google Maps, Gmail, Google Calendar, and more, will also stop working.

To continue using these apps, you'll need to upgrade your smartphone to Android 3.0. However, since not all devices running Android 2.3 are able to make the jump to the next version of the operating system, some users will never be able to use these applications again. If you can't upgrade to a new device, Google does offer a workaround.

Using the web browser on Android, it will be possible to access some of these Google services. However, the apps will be permanently blocked on your handset.

If you're unsure which version of Android you're running on your device, you can easily check by heading to System > Advanced > System Update.

As the seventh major iteration of Android, Gingerbread is one of the most iconic launches in the history of the platform. It was the first to arrive with an annual update plan – a release schedule that Google has stuck with ever since. The latest version of the operating system, Android 12, is due to launch in October 2021 on Google's own Pixel smartphones. Other manufacturers, like OnePlus and Samsung, will follow

By World news May 22, 2020
Scientists looking into cannabis as a possible cure and treatment for Covid-19 have said that they believe the plant could have the potential to reduce infection by as much as 70 percent.    Nigeria to legalize cannabis cultivate,sale and use In a study conducted by researchers from the University of Lethbridge in Canada, it was found that at least 13 strains of cannabis were high in Cannabidiol (CBD) — an essential component of medical marijuana that has been used to treat anxiety and insomnia — that affects the ACE2 pathways that the SARS-CoV-2 virus uses to access the body of its host. The results, which were obtained after parsing through 400 different strains, were published in online journal Preprints and indicated that hemp extracts high in CBD might help block proteins that provide a "gateway" for the coronavirus to enter the cells. "The virus has the capacity to bind to [ACE2] and pull it into the cell, almost like a doorway," Olga Kovalchuk, on
40 comments
Read more